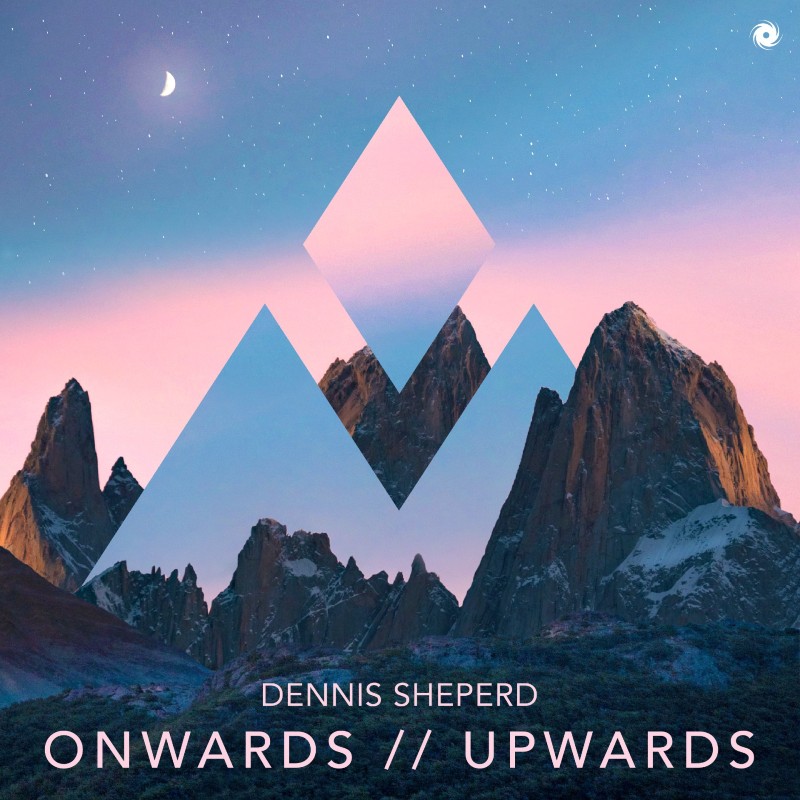 Long before lockdown, Dennis Sheperd was way ahead of the conversational curve, addressing the areas of mindfulness and mental wellbeing through his 2015 album, ‘Fight Your Fear’. Given that six years elapsed between that LP and 2021’s ‘Find The Sunrise’, you could be forgiven for a sense of surprise at the speed with which he’s achieved ‘Sunrise’s follow-up.

It’s not been an exactly quiet 365 for the producer from Essen, Germany either. Aside from peppering its course with precursor singles, he’s also mixed an ‘In Search of Sunrise’ disc, co-hosted this year’s Trance Retreat @ ADE and toured all four corners of the globe. Some of the follow-up’s rapidity however may have been born of necessity. Artistically, stylistically and topically, the album has a brother-in-arms like relationship with ‘Find The Sunrise’. It’s title, ‘Onwards // Upwards’ (releasing Dec 2) also says much as to the headspace Dennis has found himself in this year.

Sheperd has realized the album with an almost entirely new cast of co-producers and featured singers too (with only George Jema, EKE & RELEJI returning from ‘Sunrise’). Amongst ‘Onwards // Upwards’ cohorts you’ll find the likes of York, Diana Miro, Scott Cameron, Mira Feeder, Nic Toms, Elliot Johns and others, all lending voice and further studio creativity to its proceedings. It’s entirely possible that with your first spins of ‘Onwards // Upwards’, a line won’t immediately be drawn between its music and the album’s inspirational subject matter. That’s largely down to Dennis’s skill at alluding and echoing subtly through the music, rather than writing it big-print-large on each of the album’s 14 tracks. Through the succession of 2022 album precursors, (‘Run’, ‘Wishful Thinking’, ‘The Fall’, ‘Intouchable’, ‘Sugar Coat’ amongst them), those messages are there to discover. They are though bound up in artful lyric writing, smart metaphor and elegant figuration, albeit in a fashion that never loses sight of their primary clubfloor and airwave directives. Largely tracking ‘Find The Sunrise’s stylistic arc, ‘Onwards // Upwards’ does spread its tonal wings wider than Dennis’s best-known-for, regularly stepping into cooler, deeper and more downtempo arenas. ‘Denials’ with Diana Miro keeps the tempo low, whilst setting the mood at simmer, while the Nadda Mercenary-sung ‘Every Little Thing’ exists in much the same space. ‘Cryptoverse’, one of the album’s few instrumentals has a looming, impressing and faintly dystopian edge to it, while ‘Hearts’ adds some old skool breakbeats to the album’s equation. Its magnificent swansong is the Mira Feder-voiced ‘Torture’ – an astonishingly powerful-yet-club-catchy number, already being talked about as a potential best-ever from Sheperd. A more fitting finale, it’s hard to imagine and ‘Onwards // Upwards’ heads in precisely that direction on Dec 2. It’s available to pre-order/save through all good online stores here [https://blackhole.lnk.to/OnwardsUpwards].