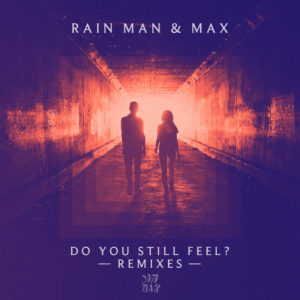 Over the past few years, Rain Man has maintained a prominent position on the electronic music circuit. His single “Bring Back the Summer (feat. OLY)” was named one of the “Best Dance Tracks of 2016” by Apple Music and has accumulated over 30M on-demand streams. Earlier this spring, Rain Man was commissioned to remix Steve Aoki and Louis Tomlinson’s mega-hit “Just Hold On.” Soon after, he launched his next big single “Do You Still Feel?” alongside vocalist MAX, which appeared on several New Music Friday Spotify playlists worldwide. Prior to his solo career, Rain Man worked as the lead producer in the chart-topping EDM group Krewella. With Rain Man behind the boards, the trio crafted numerous hit singles, including “Alive,” which peaked at #9 on Billboard’s Pop Songs Chart and achieved platinum certification by RIAA.

Originally known for his starring roles on Disney Channel’s Shake It Up and Nickelodeon’s How to Rock, New York City-based MAX has taken the entertainment industry by storm. Last year, he released his breakthrough album Hell’s Kitchen Angels, which featured numerous hit singles including “Lights Down Low” (84M+ Spotify plays) and “Gibberish (ft. Hoodie Allen)” (29M+ Spotify plays). Ever since then, the multi-talented actor, dancer, model, singer, and songwriter has been hard at work releasing even more music (such as a feature on Not Your Dope’s recent Dim Mak single “Indestructible”) and maintaining a busy tour schedule. After dropping “Do You Still Feel?” in June, MAX hit the road, playing several shows in Australia and in the U.S., including a stop at Lollapalooza. With dozens of summer performances under his belt, MAX is set to kick off his headlining METEOR Tour next week. Check out the dates below.