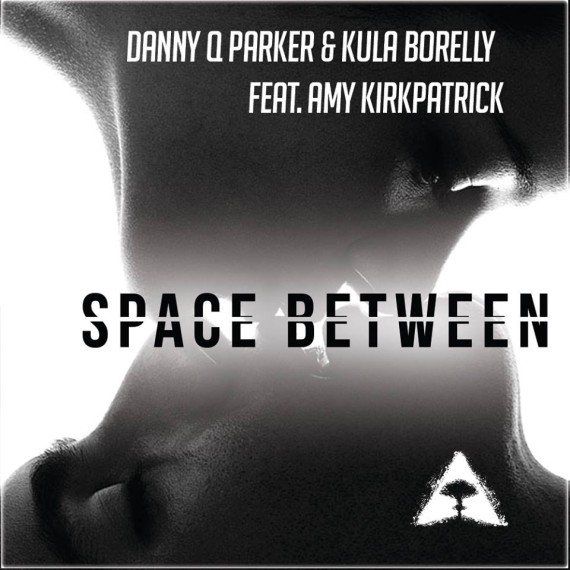 The age of the internet makes collaboration a whole lot easier. International artists Danny Q Parker (Hamburg) and Kula Borelly (Toronto) had longtime plans for a collaboration and finally moved on the idea Spring 2015. Danny created the melody and sent it to Kula. When after a few weeks they both were happy with the sound, they wanted to add a vocalist to the track. Amy Kirkpatrick loved the track and finished the lyrics to the song in a breeze.

Churning and evoking a medley of emotions, ‘SPACE BETWEEN’ reminds us just how painful love can be – whether be a bad break up or a love that can never be. The heartfelt song, Space between incorporates piano and vocals by Kirkpatrick seamlessly with electro-beats, resembling Audien’s melodious signature style. Together, Borelly. Parker, and Kirkpatrick have assembled a hit, that’s both vivacious and hauntingly beautiful as well as highly danceable.

Speaking of dancing: Danny and Kula are real movers:

Danny- When we play out we don’t just stand there behind the decks, we love dancing. You know, I went to some clubs to party and it was good but not the greatest vibe/ It’s because the DJs there weren’t moving at all. I think you need to show the crowd that you love what you’re doing and the music, jump around, put on a good show of course, but show everybody you feel the beat.

Kula- For sure, I don’t stop moving. If I’m not having a good time how is the crowd feeling? Too many DJs are stuck starring in to their laptop to even notice what the crowd is doing. I hate that!

When it comes to success, the guys don’t ambition making a ton of money. Rather they see thousands or millions of people love what they do. Maybe it will inspire others. Thousands of people screaming at a performance is what drives them. Not the money or the fame.

On “Atomic Sky Recordings” label. It can be purchased through major retailers Beatport, iTunes, Juno, Traxsource, Google play, and many more.