In the studio Prototype 909 was a group that rarely agreed on a clear idea of exactly what they were trying to accomplish. The entire project was an experiment, and every time they hit record there was nothing better for them to do than to just try stuff.

Whenever it came time to put together an album they would go through what they had recently done and find the tracks that seemed to fit together well, or that at least sounded like they were made by the same group. That left on the cutting room floor some really amazing works that somehow just didn’t “fit” their goals at the time. At Schmer, we remember. P-909 leftovers have Schmer written all over them… 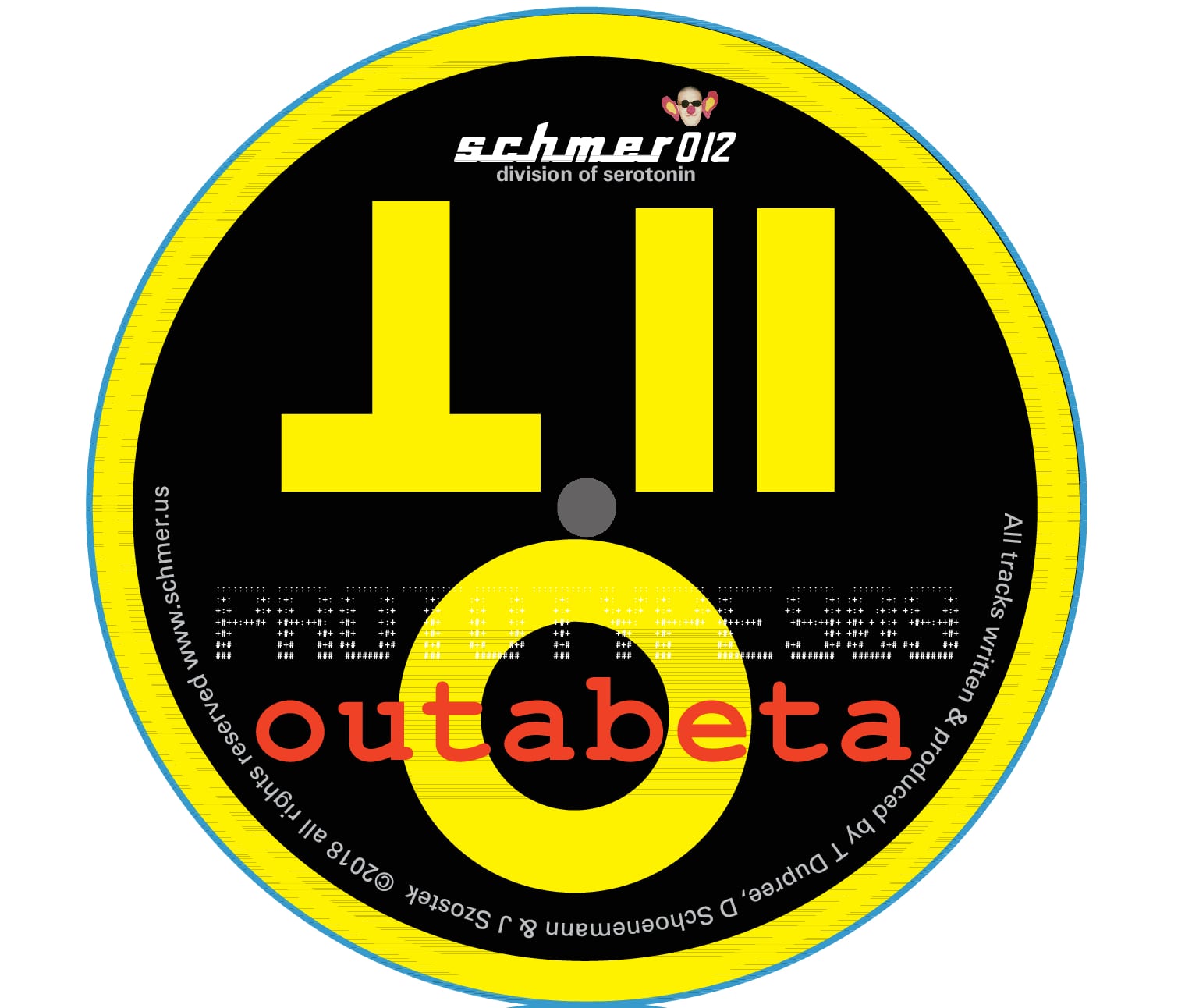 These four tracks were all recorded live in the studio in between their three studio albums 93-97. Brenecki ( half of Ontal ) provided his remix inspired by one of them.

“Hyperdrive” and “Dataflash” were recorded shortly after Acid Technology was released in 93. They come from the “lets make Acid Technology Vol 2 approach”. That would have made a really cool record had they done it but they decided on making Transistor Rhythm instead. “ANOISE-NYC” aka “The Track that Dietrich Hates” is what you get when you let Jason go nuts on a Doepfer MAQ-16 ( they never made that mistake again ). “Bobo” is possibly the most prototypical P-909 track ever: it took three guys making their own tracks simultaneously almost ignoring what the others were doing but somehow mixing them into a flow to make this one, but it all comes together nicely in the end. Its amazing that they never released it before.